Top Secret !! Sshhhh (but someone thinks I'm worth quoting...) 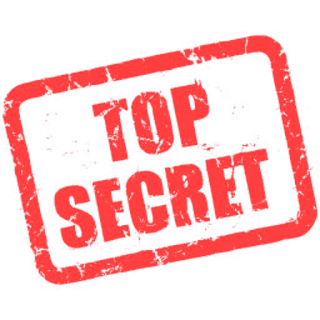 Some weeks ago I received a rather flattering request to be quoted in a book that's in the process of being written. The subject is: the mind's interaction with the body, but it's top secret at the moment. This subject of course is the one that's dear to my heart and that occupies most of my waking moments. Today I'm having a call with the author to discuss the many areas of research we have in common. I'll let you know when the book's being published, but in the meantime, I thought you'd like me to share this...
The mind's effect on Crohn's Disease and Ulcerative Colitis flares was something I discovered accidentally: Previously I declined to accept Crohn's cases, no matter how many times people rang, as I only take on cases where I'm pretty certain I can bring about very significant reduction or elimination of symptoms. Everything I'd read about Crohn's and Ulcerative Colitis at that time suggested that the link was genetic, that the flares were random, and that bouts of remission were just as mysterious. I didn't attempt to challenge this until one day....

In the webinar I'm expecting to release shortly, I talk about how I discovered the methodology to reduce or even eliminate Crohn's symptoms and I include excerpts from a recent case study as well as from interviews with eminent GI experts that I think you will find very interesting.
I'd better get back to preparing the webinar... It's long overdue (the perfectionist in me).
Talk soon,
Joy
Posted by Joy at 01:40