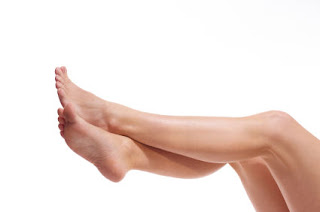 I was prompted to post this resource after replying to a request for help on a Crohn's forum concerning Restless Leg Syndrome. It occurred to me that it might be helpful to other Crohnies.

For those unfamiliar with the condition, Restless Leg takes a number of different forms, but in the main the symptoms include involuntary limb movements of varying force and frequency accompanied by one or more constant or increasing sensations in the legs including pins and needles, numbness, crawling, extreme heat and cold and  agitation. It is usually worse at night and is associated with insomnia.

I looked into this syndrome a great deal when my Auntie asked me for help. She was absolutely tormented by RL- couldn't sit down comfortably during the day, even to have a meal or after strenuous gardening - having to get up and move around, and at night it kept her wide awake,  no matter how exhausted she was. I discovered that there seem to be as many variations of the condition as sufferers and there is a lot of disagreement about the diagnosis. In her case we associated her symptoms with the cocktail of medication she was taking, as she was acutely sensitive to most drugs.

Never happy to leave it at that, I felt sure we could get to the bottom of this reaction and achieve at least some improvement.We explored which situations made the condition better and worse (I am well used to analysing symptoms and matching them with conditions and combinations of situations in my work with clients' conditions): The conclusions we drew with her condition were:


1. The symptoms worsen with tiredness - which makes it doubly infuriating since the RL condition itself causes insomnia.

3. Waiting, and other "imposed inactivity" makes it worse.

4. Engrossment in something enjoyable takes it away or alleviates it depending on the degree of absorption.

6. Hypnosis works best of all the things we tried. (I am an NLP Master Practitioner and Hypnotherapist). This might sound rather insane - but the brain plays some really cute tricks: Our interpretation of the uncontrollable and irratic movement was that the movement was the brain's inappropriate overactivity owing to the medication that she was taking: her overactive mind was trying to accomplish things and solve problems and wouldn't let her body rest. I don't know whether you meds insomniacs and meds Restless Leg'ers and can identify with that?

In her case the approach was to persuade her overactive mind that she deserved a rest and that it had a duty to work out how to rest in order to do justice to tomorrow's tasks. That way we were turning the relaxation into an active task that fully absorbed her unconscious mind and so allowed her to switch off the need to do other things. Well it worked for her - but like I said - everyone is different. We did most of this work over the phone as we lived over 200 miles apart, and that seemed just as effective as in person. It was rather challenging as initially, the condition prevented her from relaxing sufficiently to be receptive to the process. It was as though her mind was fighting the relaxation, but once she was talked into relaxing, she was very receptive and the relief was very effective.

Hope this helps. Your comments are very welcome. Joy x
Posted by Joy at 17:00